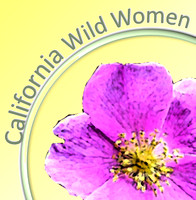 What a wonderful way to start the month! The 2020 International Biodiversity Championship is Monday, 3 August 2020 - 6 August 2020, under the auspices of the Natural History Section of the Ecological Society of America. I am a member of the team "California Wild Women". This was a group I connected with through iNaturalist. We each separately explore our local area and document the wildlife diversity we find. I designed our logo, the California Wild Rose, native to chaparral and woodlands in our region. The fragrant flower has five petals, one for each of us. I cover the coastal areas, my yard, and our regional park.

Some of my observations are in the links below. I chose some because I liked them, and/or they represented the habitat.

Getting ready for a 4 day nature intensive challenge! What fun. It starts in <12 hours.

The start time is midnight, but that is east coast time. I hope to start tonight at 9 pm.  I will look for a few spiders and moths to kick things off.

The biggest challenge I have right now is what camera(s) to bring. I am going to Bolsa Chica in the morning. There are lots of birds there so I want my best bird lens, a Tamron 150-600. It is very heavy. I have decided to take it. But I also want to look for the Silver Argiope Spiders. That is not a good lens for that. I have a good macro lens/flash on my other camera, but it is also heavy, and I can't carry both. I decided to charge up and bring my Olympus pocket macro camera. An added advantage is that it has a GPS built in. The only downside is picture quality, and I rarely use it, so I am afraid I will miss good shots. Life is compromise. 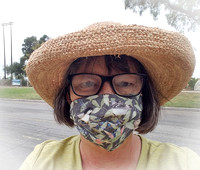 I also have to think of snacks and water. With COVID19 closures bathrooms may be closed.

I hope my brain lets me sleep tonight. Let the games begin already!

I wandered around my yard with a flashlight and my camera. I generally don't creep about at night, but was rewarded with more than I thought I would (mostly spiders). Now to bed for an early start.
. 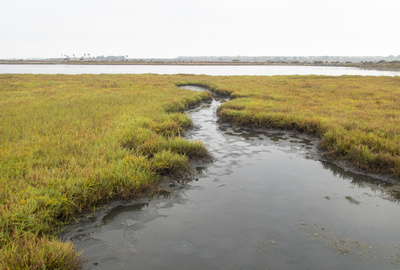 I woke up just before the alarm went off, fed the cats, drank a cup of coffee, and left for Bolsa Chica Ecological Reserve, a tidal wetland. It was the perfect place to go. The tide was low at 4:30 am, but the inner bay is gated and drains much later. So when I got there at 7 am, the tide was low and just beginning to rise. As predicted, I missed quite a few shots due to problems with my little camera. Perhaps I should read the manual! But also as predicted, there were lots of birds. I decided to focus on biodiversity rather than pure quantity or quality of observations. You may see a few multiple observations of the same species, but I think I shot only one or two of the multiple hundreds of Elegant Terns and Western Sandpipers. I tried to stay on mission, but couldn't help but linger with a Reddish Egret dancing to catch fish. A Peregrine Falcon swooped down to catch a crow in mid air. Flew off and landed with its victim directly in front of a lucky photographer. I, on the other hand, saw this occur from what seemed miles away and only caught bird smudges with my lens. I think you can just make them out. A highlight, was watching ants get caught on a high point when the tide came in. They bunched up, formed a raft, got carried off with the current, and drifted back to shore. They had a high survival rate.

On my way home I stopped at Gum Grove Park/Heron Point on the edge of Los Cerritos Wetlands, another tidal and fresh wetland. I thought it a long shot, and it was, to see frogs. Nope. No frogs. I did see a few butterflies, but mid-day in midsummer is quite a bit duller than early morning in spring. I went home for a healthy lunch (Rum Raisin ice cream is just milk and fruit, right?), a nap, and to download a few photos. 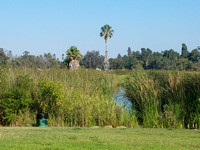 I lost some steam over lunch, but did get out to El Dorado Duck Pond and Regional Park. There is a reason I generally don't go in the afternoon -- it was crowded. Two drunk fishermen had a knock-down brawl, young boys were fighting, kids were screaming. So much for communing with nature. I did find a few things. My favorite was a teenage Western Bluebird thrashing a Mourning Cloak caterpillar and sharing it with a younger bluebird, probably from a later brood. I will spend the rest of the evening working on photos and trying to get some sleep. 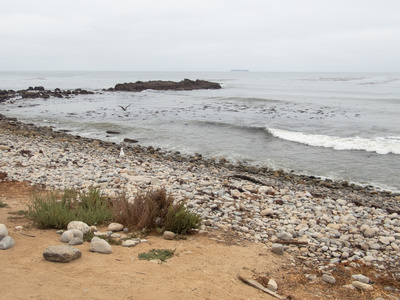 After a late night and early morning of photo processing from yesterday, it was time to go again. Today I went to White Point/Royal Palms on the Palos Verdes Peninsula and then over to Cabrillo Beach. These have rocky shores and sandy beaches with coastal sage scrub on the hills above. There are not as many bird species as found at Bolsa Chica yesterday, but I added a few species and a healthy number of observations. 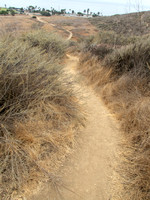 There were many Black Turnstones at the shore, more than I generally see at one time.

At Cabrillo Beach, an endangered snow plover was marching around the paved parking lot. I guess we know why it is endangered. When I got home for lunch, a nap, and to download some photos, I found that had worn myself out. I took a minor number of photos around the house, but didn't find much at all. Oh well. After a good night sleep tonight, I am sure I will be raring to go. 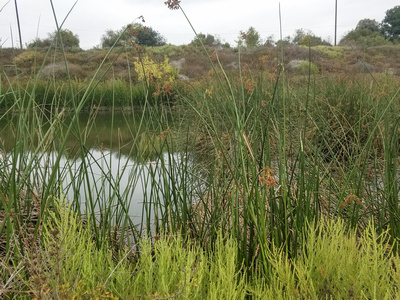 Another day. Today I visited the Dominguez Gap (a freshwater wetland adjacent to the Los Angeles River) and then to the lower Los Angeles River at Willow Street. The Gap was rather quiet. I had hoped to see a raccoon, a coyote, or a snake as I have seen in the past, but no luck today. I heard a bullfrog, but never saw it. Two other elusive denizens called out. There were about four Least Bitterns. They hid in the reeds, but flew between patches. I have never seen them so in the open before. However, since they were in sudden flight I had a hard time getting my camera on them. I spent quite a while before I could get even an obscured shot. The other elusive bird was the Marsh Wren. They make such a fun chattery call, but are frustratingly evasive. I did see a nest, and maybe a beak. 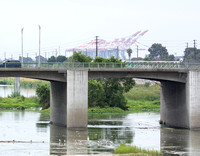 Then it was off to the LA River. It is shorebird migration, so I saw several of my birding buddies. I tried to shoot at least one of every bird species I saw. Normally I spend more time trying to get 'pretty' shots, but I was seeking to document the biodiversity in a short period of time. I was satisfied. As I was leaving, we noticed a large number of Western Spotted Orbweaver spiders. I didn't have my good macro lens with me, so I had to make do with poorer photos, but at least I could add some photos to our team list.

I got home to avoid the afternoon heat. After my usual late lunch and nap, I searched my yard. I found a very interesting lace bug. I found a few other insects, but quit when the insects found me. Several Yellow Fever Mosquitoes found me tasty. As if COVID19 were not worry enough!  I took a few photos and then ran inside. 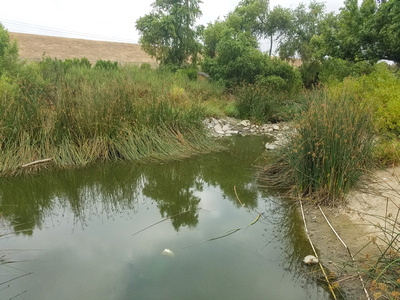 The final day of the challenge. The challenge ended at 1pm and we had to have all our observations loaded by that time, so I stuck closer to home. I went to Deforest Wetlands and Park. The wetlands is a further extension of the Dominguez Gap. The park is just above that, with typical urban park habitat. This park is a great place for warblers in migration, but in summer, it was pretty much dead, except for a multitude of Black Phoebes and Bushtits. 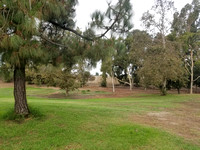 I rushed home to process and upload my photos. I still have a lot of work for my own records, but I got the final batch uploaded with just four minutes to spare.

I really felt like I needed to high five my teammates, but alas, I am alone at my computer. We have had constant emails of encouragement with one another. I have looked at many of the observations they have posted and want to visit those places.

Watch the slideshows or click on the links to look through at your own pace. Links open in a new tab.

Enjoy the show! I always appreciate corrections to ID's. 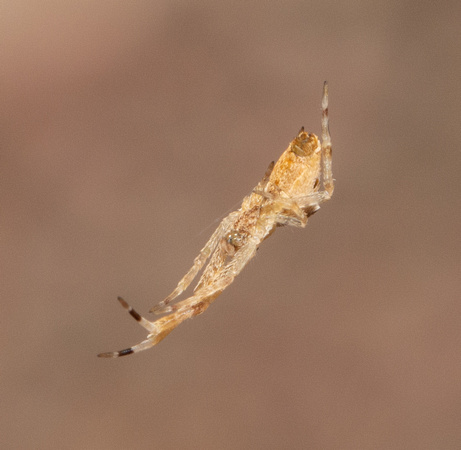 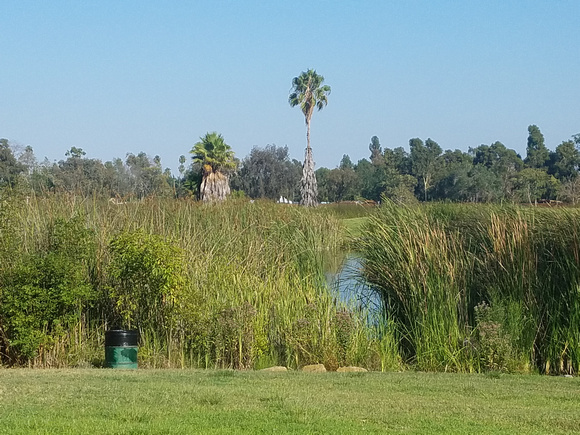 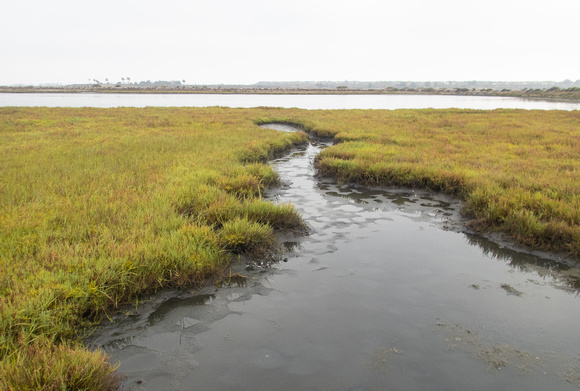 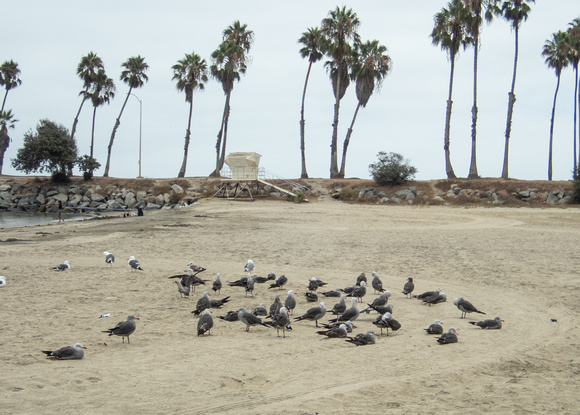 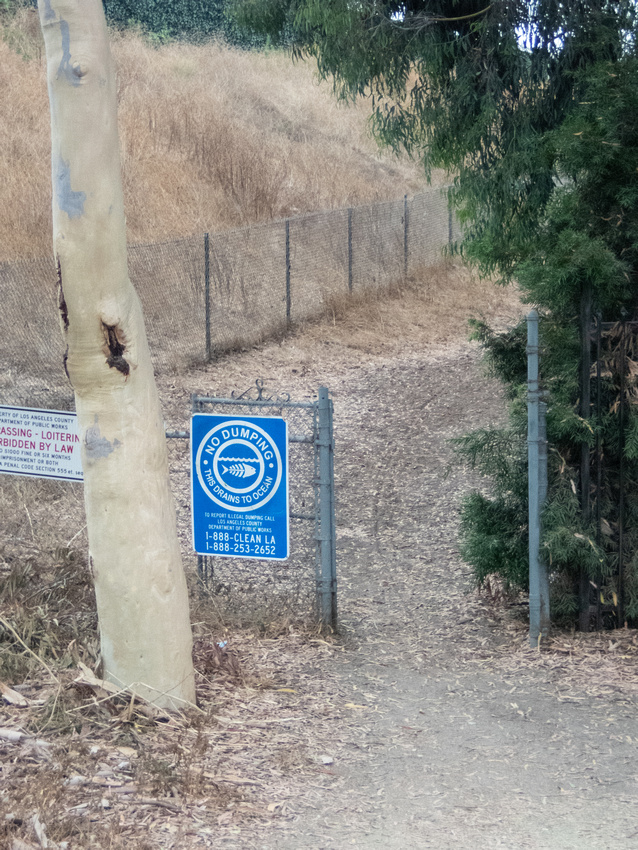 No comments posted.
Loading...
Subscribe
RSS
Recent Posts
Sights of November 2022 - Novembrrrrr Sights of October 2022 - Birdtober Sights of September 2022 - Keeping a list Unique New York Been there, done that, got the T-shirt. Sights of August 2022 - This and That Butterflies of Irvine Ranch - And the Survey Says... Sights of July 2022 - So What's New with You Sights of June 2022 - back to the mountains Sights of May 2022 - Understanding Migration
Keywords
birds nature insects bird photography butterflies special photography spiders wildflowers pelagic
Archive
January February March April May June July August September October November December
All images © Kim Moore (contact for use)
Powered by ZENFOLIO User Agreement
Cancel
Continue